Tarot can be a great tool to get unstuck when writing. Not only do most decks have vivid imagery that can spark the imagination, but the openness of card readings can lead the creative mind to create unexpected associations and consider new options. This post includes a few simple three-card spreads that I often use, as well as a couple writing-specific approaches I take to tarot reading.

This is a straightforward spread to read for fiction. Each card, in the order drawn, represents the beginning, middle, and ending of a story. I typically take these to mean the starting imbalance that pushes the story forward, the climax, and the last note or change.

The above spread shows the Hunter, the Rattlesnake, and the Jail. The accompanying booklet suggests the following interpretations for each card:

The imagery on the card faces combined with enigmatic, open-ended interpretations suggest the shape of a story already: Perhaps a hunter going after their biggest quarry yet ends up failing to extricate themself from the situation that sent them on their journey to begin with. The imagery could be literal, or could be extrapolated into a more abstracted framework, where the Hunter is any protagonist, the Rattlesnake is the protagonist’s biggest struggle, and the Jail is the protagonist’s personal limbo. From there, you can project your own story details to that framework.

You don’t have to use a traditional tarot deck for your readings, either. The deck featured here is a Western-inspired oracle deck that includes its own themed imagery and explanations. You could even do readings with photos or other symbolism that’s evocative for you.

This spread is, to me, a more choice-motivated and therefore character-driven tool than the beginning, middle, and end spread, which focuses more on the shape of the story and not the people within it. The “situation” is the status quo or imbalance that the character initially finds themself in. From there, the character takes a certain “action” that has consequences, or the “outcome.” How the consequences ripple out tends to be the crux of these kinds of stories.

The three cards here are II of Pentacles (reversed), IX of Swords, and II of Swords (reversed):

Although the imagery here isn’t as straightforward as the Gothic Cowboy deck, the emotional notes in the card interpretations lend themselves to creating a strong character arc. Whether through passivity or actively making bad decisions, this is the story of a character who keeps making things worse for themself. What the details of those choices and histories are is up to you. I find that this spread, therefore, works best if you already have an idea of what your characters are like.

If you don’t have a physical tarot deck or want to do spreads on the go, you can use digital apps and references. My absolute favorite is the Golden Threads Tarot app, which is sleek, stylish, and informative. The keywords give a brief read on the card, while the description and questions lead to further introspection. Plus, you can do readings directly in the app with integrated explanations. Perfect both for learners and experienced tarot users.

This spread is more for sparking inspiration rather than suggesting a certain story shape. The three options could be character choices, plot points, endings, thematic elements… You could also use this as a starting point for a new story, or treat the cards as three guiding prompts to fuse.

The three cards in this spread are Four of Clubs, 10 of Spades (Judgment), and 9 of Spades:

If you’re struggling to come up with a suitable ending, this spread gives three options: A tidy, happy ending; an ending signaling a new beginning; and an open, fridge horror ending.

As The Illuminated Tarot shows, you can also modify a standard deck of cards for tarot spreads by associating each suit with a tarot suit (pentacles, swords, wands, and cups) and making additional adjustments to correlate cards to the major arcana.

This is a character-centered spread that I use to get a better understanding of my character’s psyche. “Motivation” is what drives the character forward, while “grounding” describes the touchstones and coping mechanisms the character uses when faced with difficulties. “Conflict” here describes internal struggles with the self, but it could also be extrapolated to external conflicts.

The three cards in this spread are Judgment (reversed), Temperance (reversed), and IV of Cups:

Here, the cards suggest a person whose inaccurate views of themself drive their choices. When faced with difficulties, the character tries to hide from reality by binging in some way. The character’s core conflict is the struggle to come to an insightful, introspective view of themself.

Sometimes, the spreads themselves still don’t get me unstuck. But each tarot card has two possible readings, the standard upright one, and the “reverse” of the card, when it’s drawn upside-down. These reverse readings aren’t necessarily opposites, but rather complements to their standard readings.

The two readings for the Page of Cups are:

The two readings provide poles or endpoints to move between. If a character or situation seems too static, try checking the opposite reading of a card you chose to symbolize them and see if you can introduce something unexpected from there, or use one reading as a destination and the other as the starting point to introduce movement and arcs into your plot and character development.

For more resources on learning tarot and choosing decks, I’ve found that Little Red Tarot is a great resource.

Happy reading! Comments are open and moderated. Feel free to share your own tools, spreads, and results below.

The following table gathers works of speculative fiction that use neopronouns, whether prominently or peripherally. A “neopronoun” is, for the purposes of this list, a third-person singular pronoun that is not “he,” “she,” “they,” or “it.”

Hours: By appointment only

There are no upcoming events at this time.

You can send tips to s@qiouyi.lu via PayPal or sqiouyilu via Venmo and Cash App. 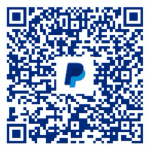