everyone says the kids are alright and I can’t help but stop to think that only children’s companies have apparently felt safe enough to take bold action (lego, niantic, pokémon, nickelodeon). maybe it’s because kids still have all the imagination to see a different world, or

maybe it’s because they haven’t yet had their imaginations quashed so that they can only envision a future of the status quo; maybe it’s because children’s products are more closely tied to the development of morality and critical thinking, whereas products for adults don’t care

maybe children don’t have to do the work of protesting, but they do. maybe because, in the ideal situation, they have their needs met and feel safe enough to envision a just future. maybe “the world isn’t fair” is just adults’ platitudes.

developmentally, the first time a child says “no” is critical to show that they have their own desires and agency. children know how to scream until they get their way. children don’t yet know the exhaustion of screaming for decades

or maybe their needs already aren’t being met and they’ve already been forced to abandon their childhoods. maybe nickelodeon is breathing for every other tamir rice who should’ve been able to have a childhood so many others take for granted

adults are so concerned that kids won’t understand. what adults don’t realize is that kids are willing to go beyond understanding, to accepting, to imagining, to envisioning, to changing. we’re the ones who don’t understand

if you’re from the US, it was probably when you were a child, and you may have reacted with incredulity, or a deep sadness because you couldn’t understand why people would do that. but the talk for us that comes after isn’t about how to behave like the talk black parents have

the talk that comes after is often, “the world isn’t fair.” and it’s up to us to decide if that’s true, or if that’s just the mask adults use to hide the fact that we can invest in a just and fair world, but we simply aren’t.

I am a freelance writer, editor, and translator based in Los Angeles. I use my background in linguistics to tell rich, polyphonic stories that highlight my heritage and experiences. I primarily write genre work, including science fiction, fantasy, and horror. You can view my CV for a complete list of publications and past talks. 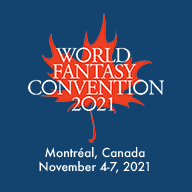